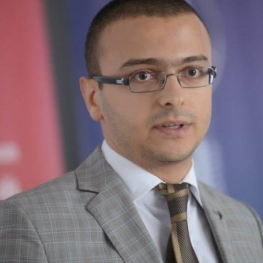 IANCU GUDA, CFA, EMBA, is Executive Director of COFACE Credit Management Services, where he is responsible for the development of service lines and where he has accumulated more than 12 years’ experience in credit risk management.

In 2017, Iancu Guda was authorized by the Financial Supervisory Authority for the position of Independent Administrator on the Board of Directors of BRD Asset Management. In 2010, after graduating from the Faculty of Finance, Insurance, Banking and Stock Exchange from The Academy of Economic Studies, Iancu Guda successfully completed the DOFIN – European Excellence Center and in 2016 all three levels of CFA certification.
Also, he holds the trainer’s license from the National Qualifications Authority. In November 2014, he started the EMBA Sheffield University courses, which he finished with a distinguished mark at the end of 2016, being the only winner of the full national scholarship. Since March 2012, he is an active member of the Banking and Banking Analysts Association of Romania (AAFBR) and takes over the responsibility of the Vice President for the period 2014-2016, followed by the mandate of the Board of Directors of AAFBR for the period 2016-2018.

Starting in 2020 he has a financial TV show on a public television.