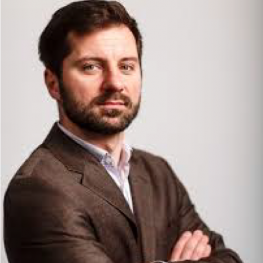 At Bitdefender, Dan and his team designed and built Bitdefender BOX, a revolutionary device that protects everything connected to the Internet. On an aggressive schedule, the team took responsibility for industrial design, 3D modeling, prototyping of enclosures, power supplies, accessories and packaging.

Dan is a flight addict and plans to eventually fly his own plane. He splits his time between Bucharest, Romania, and San Francisco.